Udham Singh’s birth anniversary is observed every year on December 26. He was an Indian revolutionary belonging to the Ghadar party and HSRA. He was known for assassinating Michael O’Dwyer, the former lieutenant governor of Punjab in India, in revenge for the Jallianwala Bagh Massacre. Udham Singh was born in 1966 in the neighbourhood of Pilbad in Sunam, around 130 miles south of Lahore, British India. His father, named Tehal Singh, was a low-skilled, low-paid manual labour. Udham Singh is a well-known figure of the Indian independence movement and is also referred to as Shaheed e Azam Sardar Udham Singh. A district, Udham Singh Nagar, was named after him to pay homage in October 1995 by the Mayawati government. As you observe Shaheed Udham Singh’s birth anniversary in 2022, we at LatestLY have compiled images and HD wallpapers for free download online that you can share as quotes, messages and sayings on this day. Here Are Interesting Facts About Indian Freedom Fighter Who Avenged Jallianwala Bagh Massacre.

Udham Singh was highly influenced by Bhagat Singh and his revolutionary group. He got involved with the Ghadar party in 1924. He was arrested and confiscated for possessing unlicensed arms, revolvers, ammunition, and copies of prohibited Ghadar party paper called Ghadar di Gunj. He was prosecuted and sentenced to five years in prison. He was released from prison in 1931, and his movements were under constant surveillance by the Punjab Police. He reached London in 1934 and got a job where he made plans to kill Michael O’Dwyer. Remembering Singh on his birth anniversary, here are Shaheed Udham Singh’s birth anniversary 2022 images and HD wallpapers for free download online that you can share as quotes, WhatsApp messages and sayings. 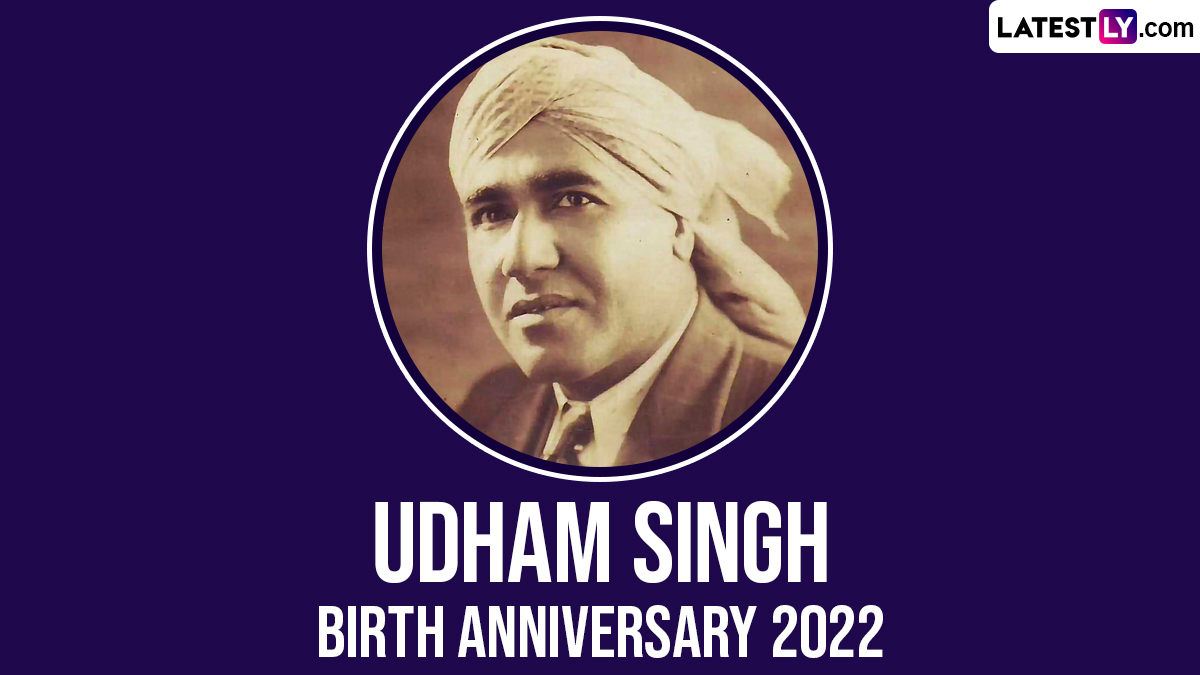 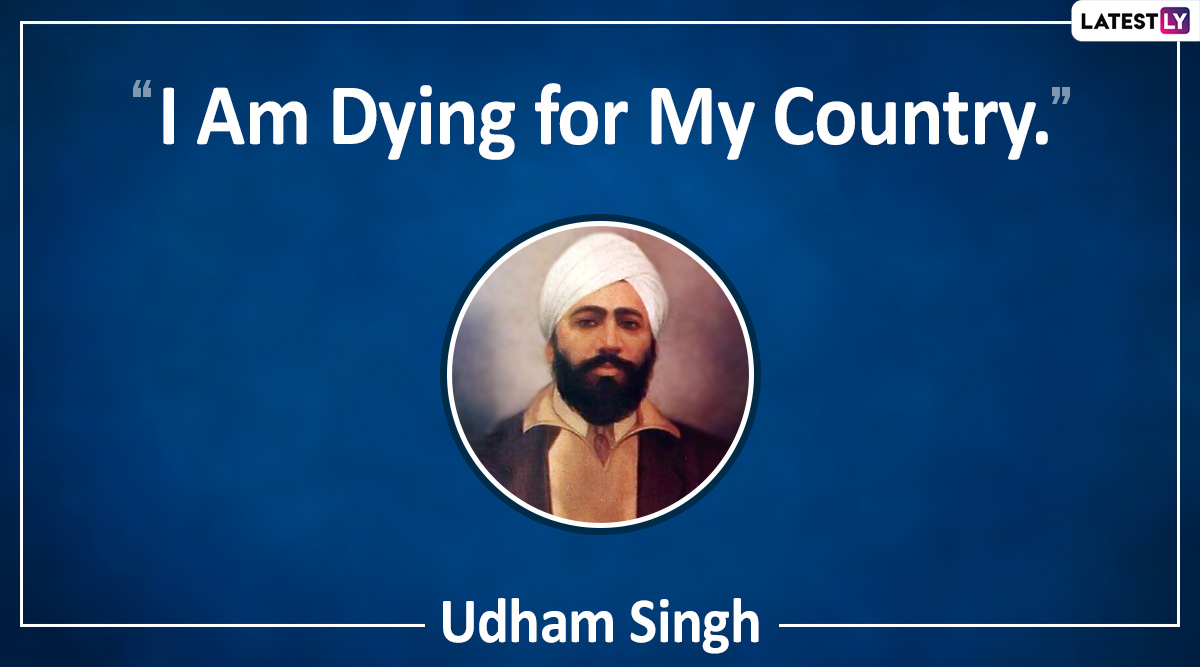 Image Reads: I Am Dying for My Country. 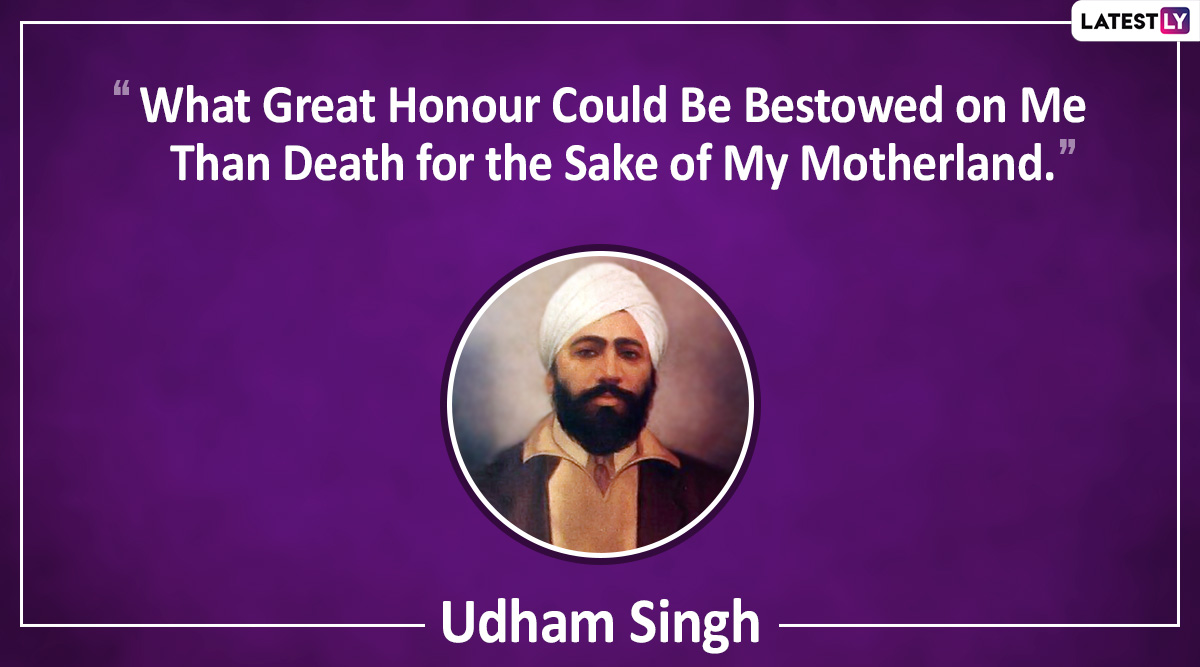 Image Reads: What Great Honour Could Be Bestowed on Me Than Death for the Sake of My Motherland. 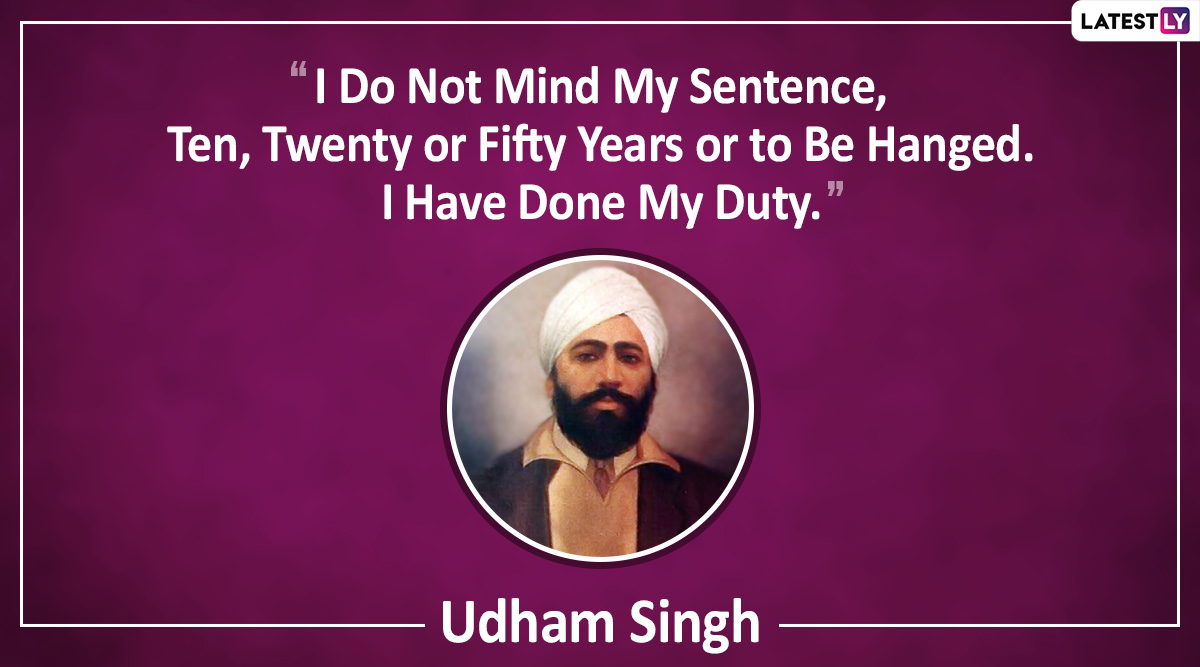 Image Reads: I Do Not Mind My Sentence, Ten, Twenty or Fifty Years or To Be Hanged. I Have Done My Duty.

Udham Singh was convicted of murder and sentenced to death on July 31, 1940. He was hanged at Pentonville Prison by Albert Pierrepoint, and his remains are preserved at Jallianwala Bagh in Amritsar, Punjab. Every year on July 31, various organisations hold marches in Sunam, and every statue of Singh is paid tribute with flowers.

(The above story first appeared on LatestLY on Dec 26, 2022 08:18 AM IST. For more news and updates on politics, world, sports, entertainment and lifestyle, log on to our website latestly.com).