Ratha Saptami is considered as auspicious as Surya Grahan for daan punya activities (charitable acts and donations). On this day, people observe fast and worship Lord Surya. It is believed that by observing a fast on this day, one can get rid of all kinds of sins done knowingly or unknowingly by words by the body and mind in current birth and previous births. Besides fasting on this auspicious day, people also exchange lovely wishes and messages with their loved ones. here is a collection of messages that you can download and send to all your near and dear ones to wish them Happy Ratha Saptami 2023 with WhatsApp stickers, GIF Images, HD wallpapers and SMS. 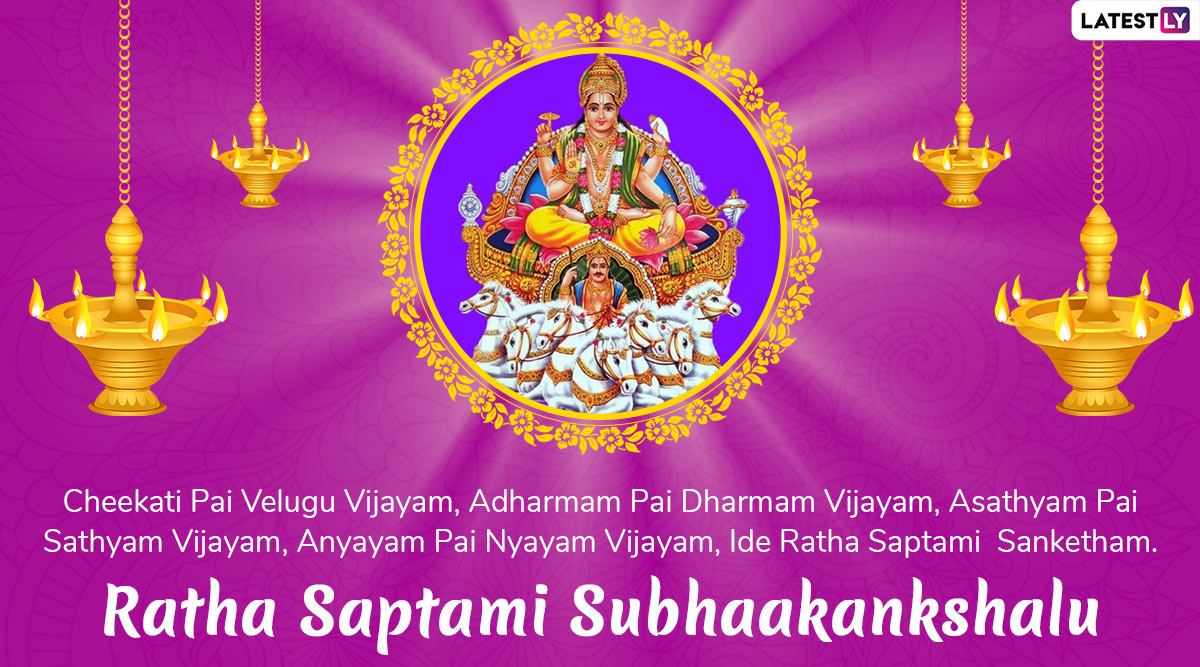 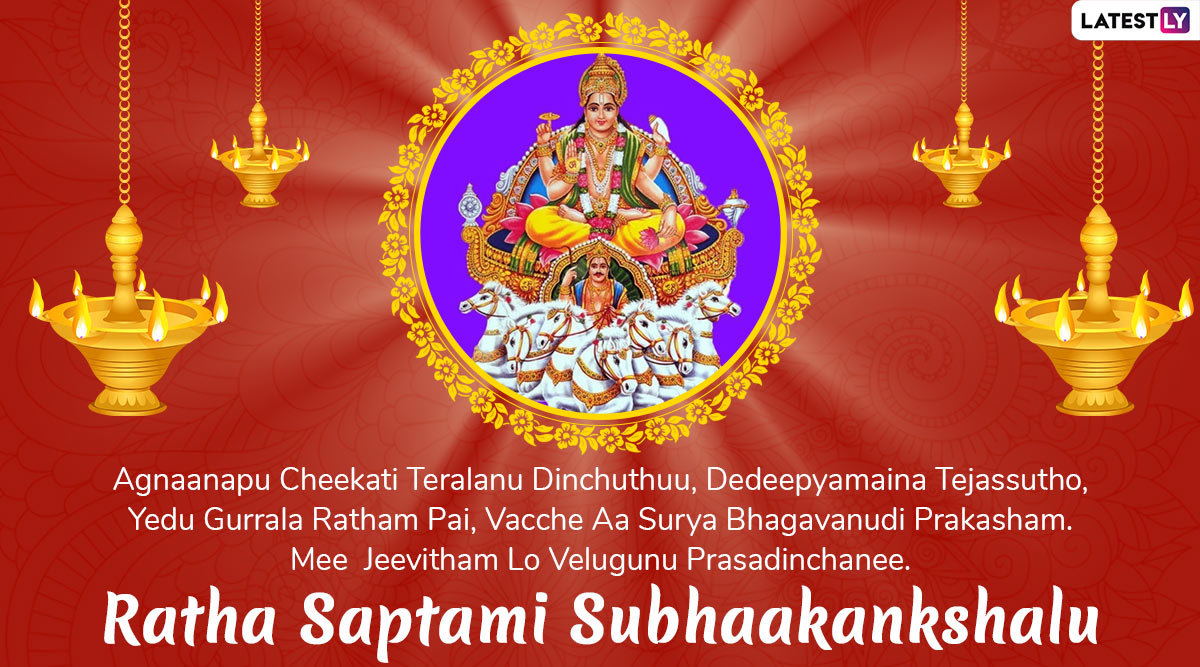 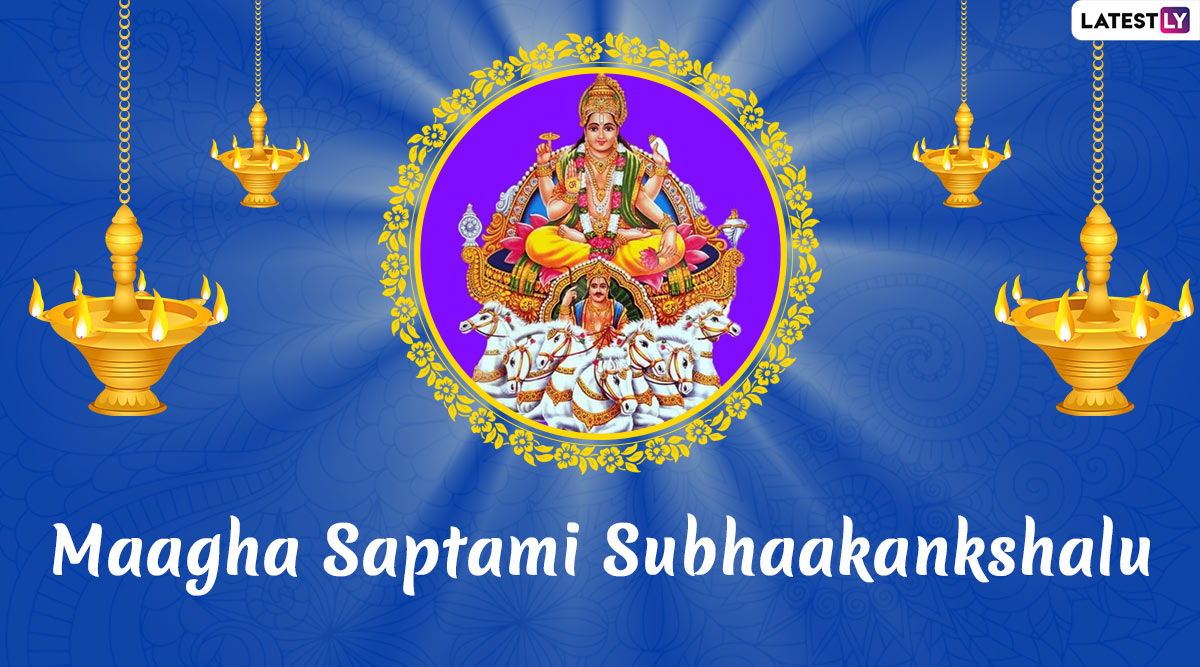 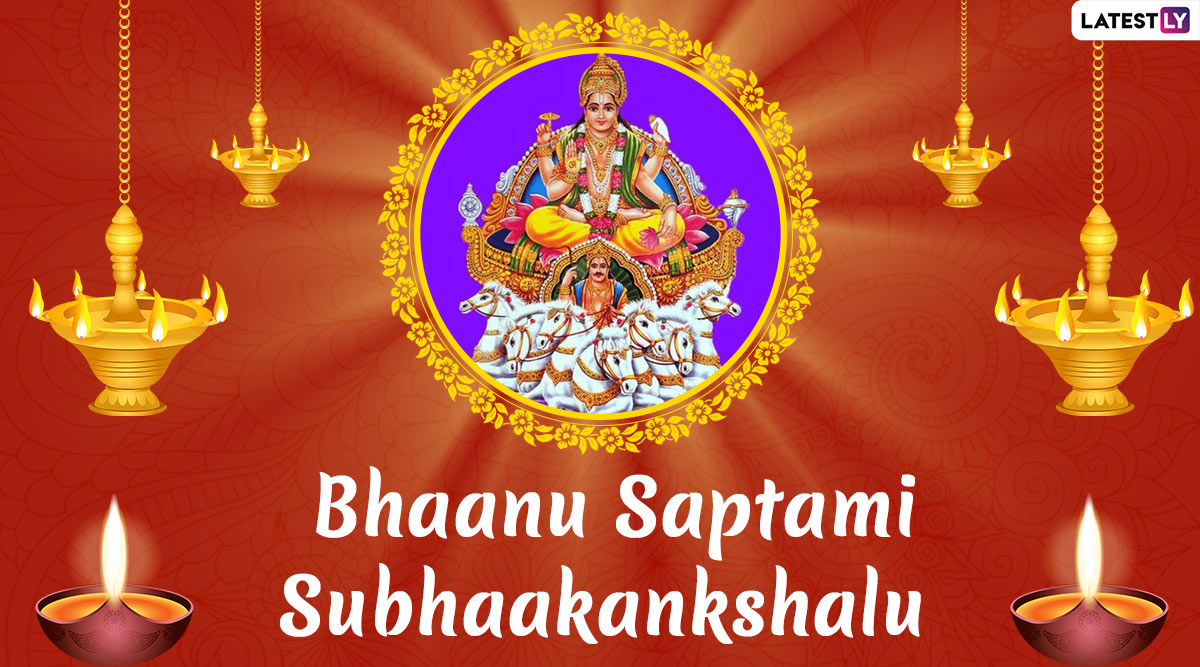 On this day, devotees wake up before sunrise and observe an early bath by placing Arka or Jilledu, or Ekka leaves on seven different body parts, namely the head, two shoulders, two thighs, one on the chest and one on the back. This process is done thrice by chanting the mantra “Sapta Sapta Maha Sapta, Sapta Dweepa Vasundhra, Sapta Arka Parnamaadaya, Saptami Ratha Saptami” repeatedly. Wishing everyone a Happy Ratha Saptami 2023!

(The above story first appeared on LatestLY on Jan 18, 2023 05:17 PM IST. For more news and updates on politics, world, sports, entertainment and lifestyle, log on to our website latestly.com).